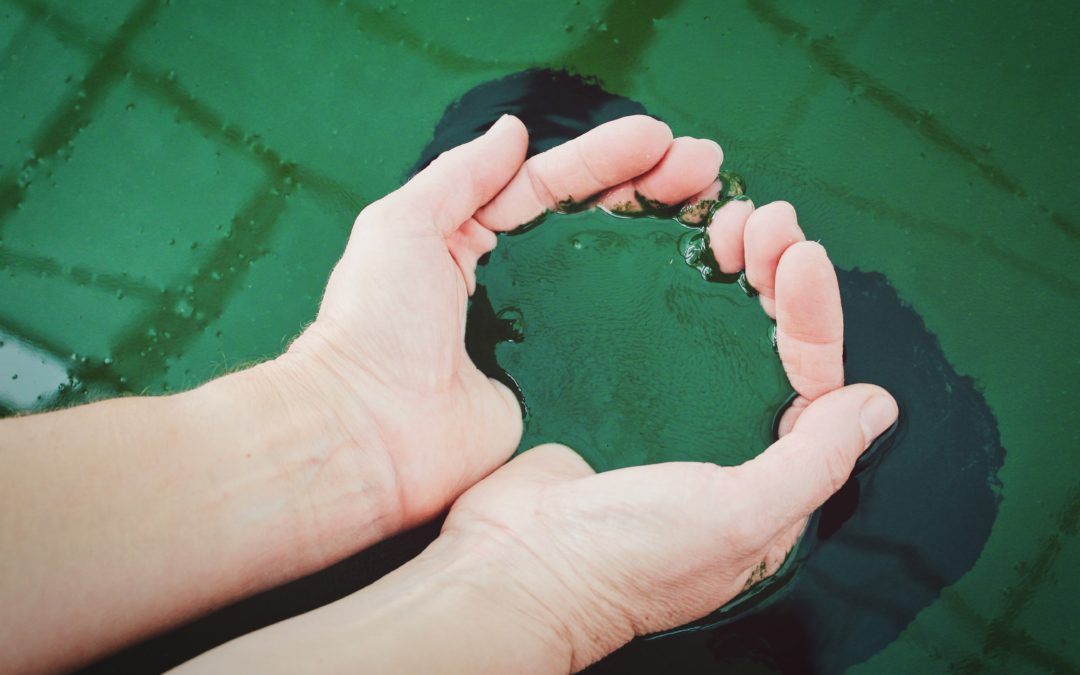 Algae are some of the planet’s most ancient life forms. Human consumption of algae (spirulina) dates all the way back to the Aztec civilization of the 14th century, where it was harvested for food and medicinal purposes.

Microalgae, the category most often used for nutraceuticals, are tiny photosynthetic organisms similar to plants. They contain chlorophyll and feed themselves through photosynthesis, taking energy from the sun and converting it to sugars and proteins. Their home in nature’s waterways, often under intense conditions, have caused algae to evolve some very powerful health benefits.

The global supplement industry was valued at $132.8 billion and is expected to grow at around 8% per year, an interesting prospect for new players like microalgae experiencing periods of growth and product recognition. One report has spirulina’s market size growing to $170 million by 2025 with a CAGR of 4.5%.

From protein-packed spirulina, to nutrient-rich chlorella, to astaxanthin’s impressive antioxidant properties – microalgae are becoming well-known as the super-nutrient of the future.

The same substance that gives salmon and krill oil its pink colour also happens to be one of nature’s most powerful antioxidants, anti-inflammatory agents, and ally in overall health. Astaxanthin is a unique red carotenoid produced in the microalgae Haematococcus pluvialis. When nature puts algae  in stressful conditions, it shields itself with the nutrient-rich algae oil astaxanthin, a versatile compound that is proving to have a unique range of health benefits:

The word is spreading and the benefits of red algae astaxanthin are leading to increased awareness and market growth. The global astaxanthin market is expected to reach $2.57 billion by 2025 with a CAGR of 18.9%.

With unique access to naturally-sourced algae, and a vertically-owned Made in Canada production facility, Pond Naturals is positioned to become a global astaxanthin leader.

Spec sheets and product dossiers are available upon request 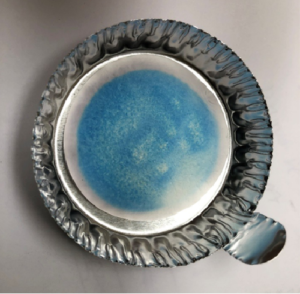 Phycocyanin is a blue pigment derived from blue-green algae. Along with carotenoids, it’s one of the most potent algal pigments, playing an important role in photosynthesis and assisting with chlorophyll functions. In terms of health benefits, phycocyanin has:

As a commodity, phycocyanin has been gaining notoriety as a product with interesting market potential. Due to its natural fluorescence, it’s used in medicine and genetics as a tracer, and as a key element of UV-protected clothing.

It’s most promising usage is a natural dye for the food industry. More conscious consumers and regulatory changes are turning up the pressure for brands to move beyond synthetic dyes. Pure blue is notoriously difficult to find in nature, making it difficult to farm or harvest for commercial purposes. As the only FDA-approved natural blue colourant, Phycocyanin is rapidly becoming a hot commodity in categories ranging from smoothies and yogurts to confectionary and cocktails.

Pond Naturals, is working with its trusted partners to establish a reliable supply of highest quality Phycocyanin while scaling up its own production of Clean, Green, Made-in-Canada Phycocyanin. Using proprietary, industry-changing technology, Pond Naturals can produce scalable volumes of phycocyanin in excess of 10 metric tonnes per year. We are currently taking pre-orders, a necessary step given the strong initial demand for our Pond Blue. 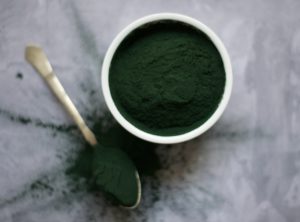 Chlorella is a green, freshwater algae (Chlorella vulgaris) that has gained a reputation as a powerful superfood. Full of amino acids, peptides, proteins, vitamins, and minerals, Chlorella is a supplement with wide-ranging potential health benefits.

Consumer and industry awareness is increasing as more and more compelling research is published around the benefits of this algae-based supplement. Market size has been growing steadily with continued growth expected in both short and medium term.

Spirulina, often referred to as blue-green algae, is a single cell plant-like organism that grows in both fresh and saltwater. Spirulina was consumed by the ancient Aztecs and today has become well-known as a high-nutrient, low-calorie food that contains a lot of nutrition in a small amount of powder.

Full of protein, iron, magnesium, and vitamins B2 and B3, spirulina has been shown to have a wide-array of health benefits:

According to recent reports, the global spirulina market size hit $346 million in 2018, and is projected to reach $779 million by 2026, growing at 10.6% annually. These figures match the trend in popularity of powdered supplements in general and spirulina in particular.

Pond Naturals currently stocks top-quality spirulina, and is expanding capacity of our own Made-in-Canada Spirulina. With years of experience formulating greens blends, Pond Naturals is well positioned to work with you on new or existing products.